
Lindholm and Hämäläinen are the new FIA WRC2 champions 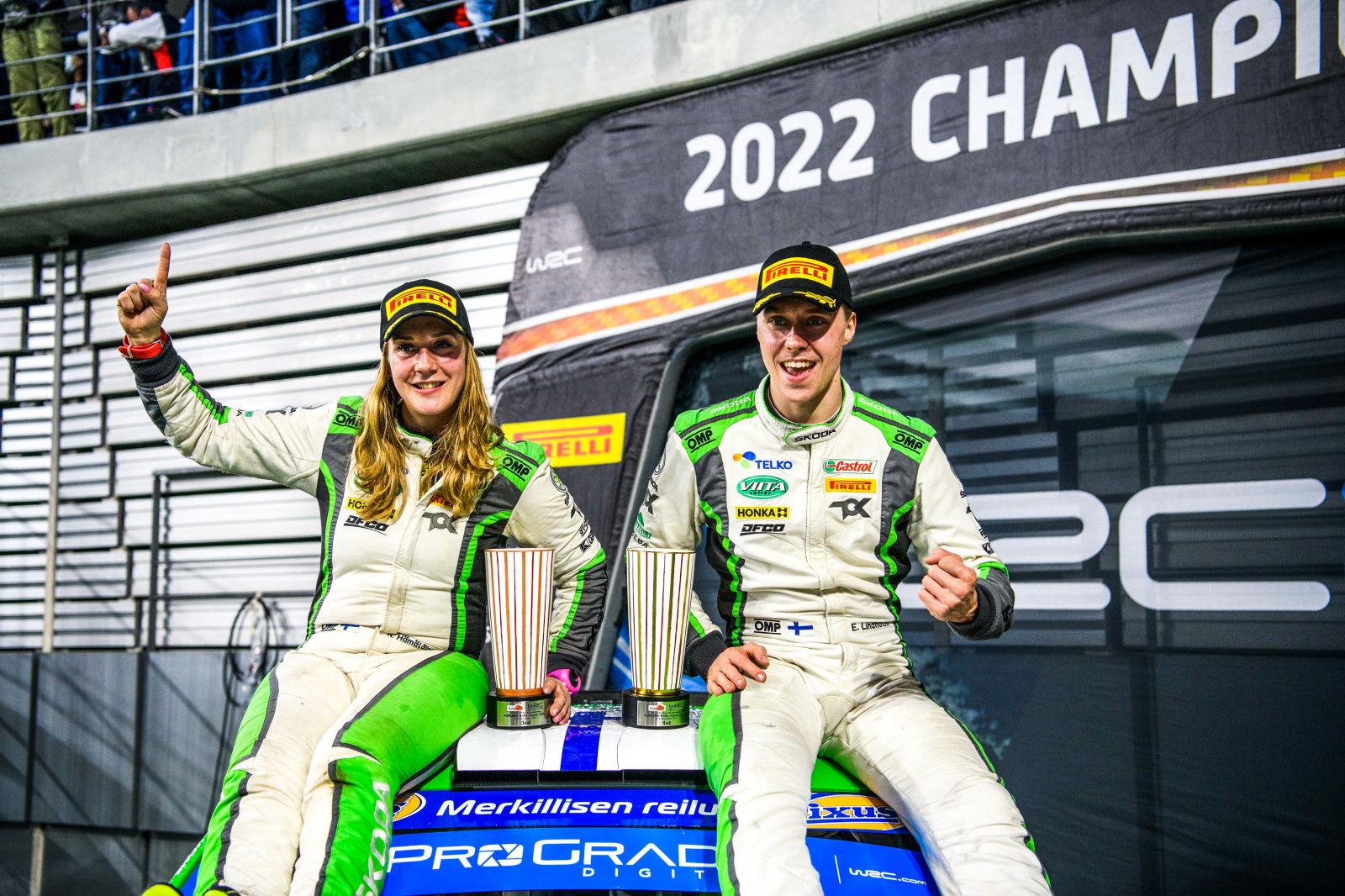 Toksport WRT’s Škoda driving Emil Lindholm and Reeta Hämäläinen mastered the difficult driving conditions of the World Rally Championship in Japan. The Finnish duo finished third on rain-soaked roads of the WRC2 class, which was enough to secure the Championship title in the FIA WRC2 class.

Finland's all-time best season in the World Rally Championship continued when Team GRX’s Emil Lindholm and Reeta Hämäläinen hit a gold mine and became Champions of the FIA WRC2 class.

The duo, competing with Toksport WRT's Škoda, started the final day of the rally in the lead of their class until heavy rain soaked the roads. The Finnish duo secured their title by driving safely to the finish line being third. It was enough to defeat the reigning champion of the class, Škoda's Andreas Mikkelsen, by seven points.

- When I think what happened, it is going to take a while to sink in. Phew! The year ended with a better result than expected. The WRC2 championship title was my dream for next year, Lindholm admitted.

- The rain made the situation even more surprising. The penultimate stage was extremely slippery and the most difficult stage in my entire driving career. Rally Japan was my most challenging World Championship Rally overall. We expected rain for the last special stage and I based my choice of tires on that prediction. It (the choice) went wrong and I have only myself to blame. Fortunately it didn't solve anything.

- Losing the win of Rally Japan doesn't hurt at all. We had a much bigger goal (Championship title) in our minds, which we took. The title was our only goal going into the rally and the rally went much better than I could have expected.

- This is the absolute highlight of my career. It's great that we were able to join the Finnish rally win streak and strike gold. A big thank you to all of my supporters who made it possible for us to even drive in Japan and go for the championship, Lindholm reminded.
The upcoming new season is just two months away. Plans have been made, but Lindholm has nothing definite to tell about the 2023 season yet.

- Nothing has been agreed on yet. However, I believe that with the Championship title we have a good chance to do something in next year's World Rally Championship series, says Lindholm.