
Emil Lindholm: "We will drive in Japan on the terms of the World Championship points" 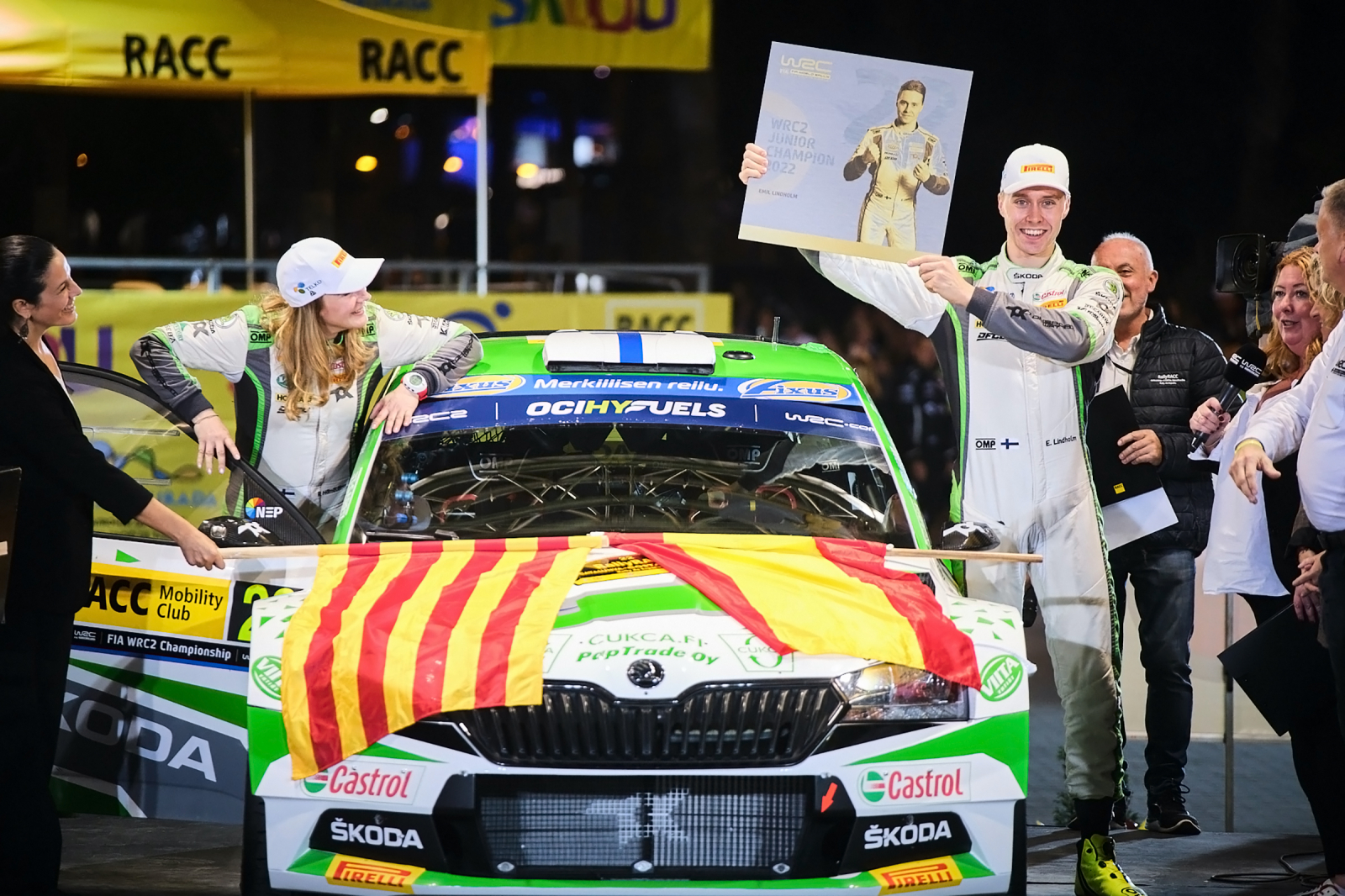 Emil Lindholm, who drives Toksport WRT's Škoda, will start the season's final World Rally Championship in Japan as the champion of the WRC2 Junior class for drivers under 30 years old. Lindholm and Reeta Hämäläinen's goal in WRC FORUM8 Rally Japan is to win the WRC2 class championship, which requires the Finnish duo to finish among the five fastest drivers in the class and beat Kajeta Kajetanowicz from Poland.

Team GRX's Emil Lindholm will start next Thursday, for the first time, in the World Rally Championship round in Japan. The Finnish driver will go to the route as the fresh champion of the WRC2 Junior class built for drivers under 30 years of age. The goal of Lindholm and his co-driver Reeta Hämäläinen in Japan is to score enough World Championship points to make the duo WRC2 class champions.

- Certainly an interesting rally ahead, in which only few drivers have previous experience. We start the rally on the terms of World Championship points. Our goal is to be among the five fastest drivers in the final results and to be in front of Kajetani (Kajetanowicz). That setup would be enough for the WRC2 class championship, Lindholm calculates.

- There are fewer cars in our class than for example in Spain, but the opponent should never be underestimated: there’s a tough competition ahead of us. The All-Japan rally champion Škoda´s Heikki Kovalainen is also driving in this round, Lindholm reminds.

In Japan rallies are driven on asphalt. The upcoming special stages are mainly narrow, rather slow and technical asphalt roads.

- They’re in a pretty good shape too. Of course there is dirt and leaves on the surface of the roads because it’s the end of autumn. That's always an exciting element to have.

The Finnish duo will get to test their car on Thursday morning on shakedown stage.

- Of course, it (the road surface) is not as rough and slippery as earlier this year in Croatia. Our team (Toksport WRT) already has so much experience with our car and a lot of data about all kinds of conditions available. No matter what the weather is during the rally, I am sure that our team's engineers know how to assess the prevailing conditions and they will always find the right settings for our Škoda from their data bank.

- I can’t address it enough but a big thank you to all of my supporters for making it possible for us to drive for the WRC2 class championship, Lindholm reminds.
A total of 19 special stages (283.27 km) will be driven in the WRC FORUM8 Rally Japan. The last World Championship rally of the season starts on Thursday with a curtain raiser (2.75 km) at 10:38 (UTC+2). The rally continues on Friday night with six special stages (130.22 km) and the last special stage of the day starts on Friday morning at 8:27 (UTC+2).

The rally continues on Saturday night with seven special stages (80.48 km) and it ends on Sunday, when the program includes four more stages (69.82 km). The final Power Stage (7.52 km) of the rally starts early Sunday morning at 7:18 (UTC+2).