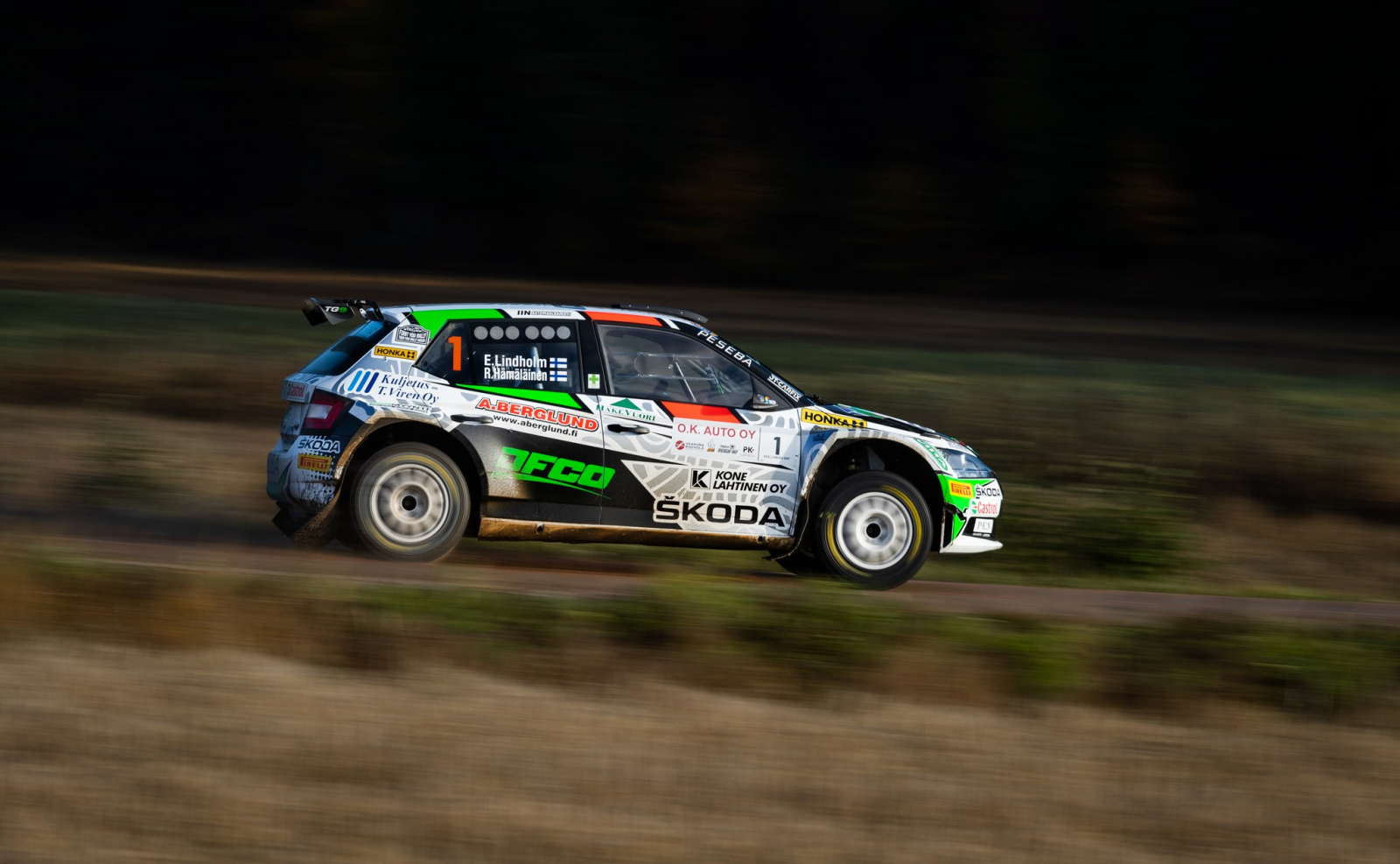 Team GRX’s Škoda driving duo, Emil Lindholm and Reeta Hämäläinen, won the SM1 class’ Finnish Championship silver medals. The duo finished second in the season-ending Kouvola rally with a difference of only 0.4 seconds. One additional point would have been needed to renew the championship.
Finnish Rally Championship season 2022 was resolved in the last special stage of the season (25.50 km). Škoda's Mikko Heikkilä was leading the rally by 1.3 seconds ahead of Lindholm before the last special stage. The difference narrowed to 0.4 seconds at the finish and it was enough for Heikkilä to win the Finnish championship of the class by one point.
- This (championship) certainly couldn't have been any closer than this. Has the championship been decided by 0.4 seconds and one point in a decisive rally anywhere in the world?, Lindholm asks.

- Congratulations to Mikko (Heikkilä) and Samu (Vaaleri) for the championship. I am happy with my driving and I gave everything I had on the route. Flawless rally from us. Being the first car on the route wasn't the most ideal place to drive, but I can’t blame that either.
- When there were already ruts on the road on the second run, it was easier to drive and the grip improved significantly. This year the one extra point needed could have been driven from Riihimäki or Mikkeli. We both enjoyed this day with Reeta. Yes, this is going to take a little while to get over, but this is how things went and there's no need to overthink it because there's nothing you can do, says Lindholm.
Lindholm and Hämäläinen drove three wins and two second place finishes during the season. The Finnish Championshipmedal was Lindholm's sixth and Hämäläinen's second.
- With the exception of the two FRC rounds, it was a good season from us. Two rallies with practically zero points is just not sustainable for the championship. Many thanks to all of our partners and those who have been with us on our journey. Your encouragement and support throughout the season has been excellent. Big thanks.