
Lindholm on the WRC EKO Acropolis Rally Greece: "I like this rally" 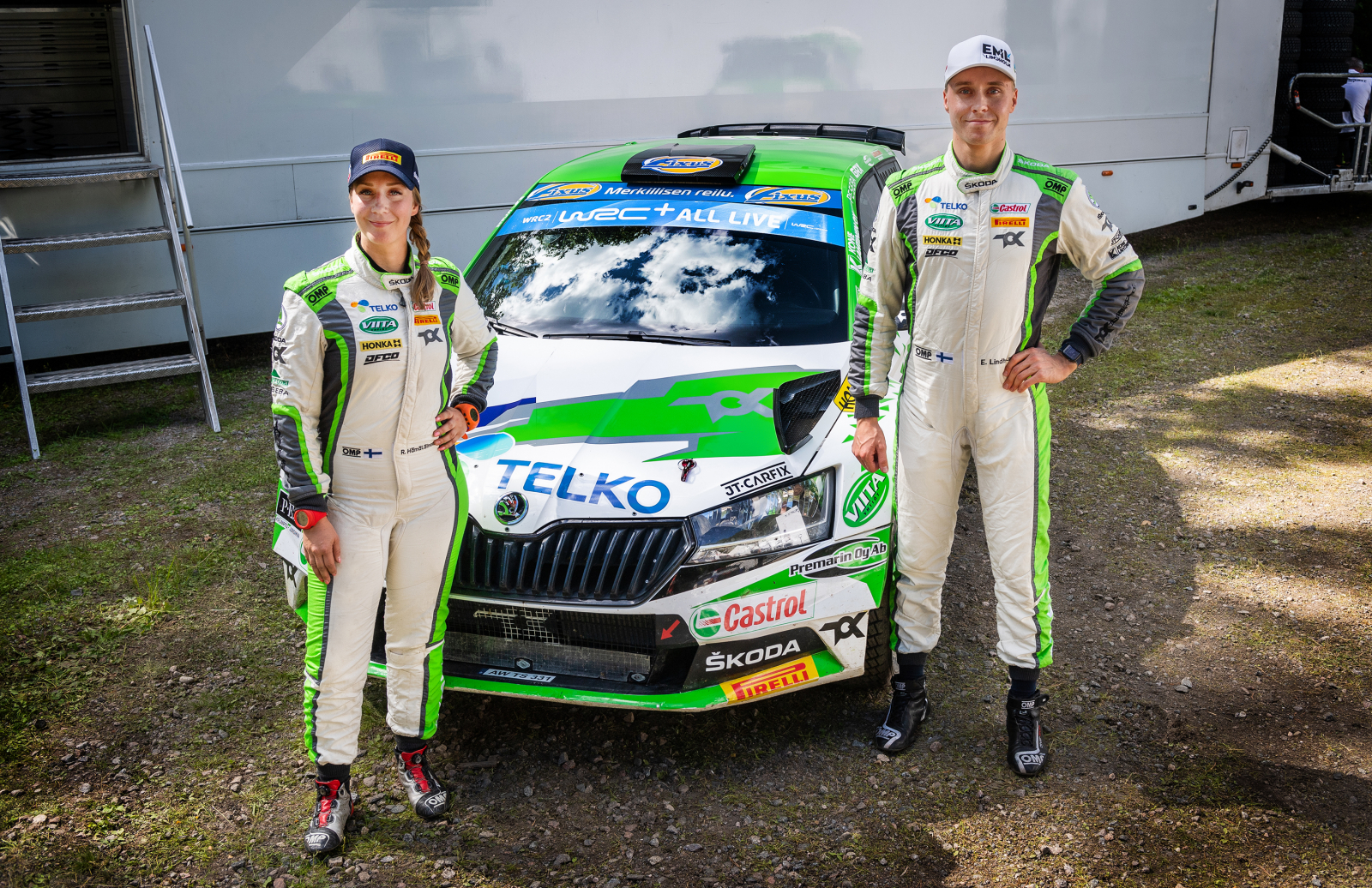 Emil Lindholm and Reeta Hämäläinen, who compete with Toksport WRT's Škoda Fabia Rally2 Evo, are aware of the challenges of the Acropolis rally driven this upcoming weekend. A year ago the duo finished fourth in the WRC3 class.
The WRC EKO Acropolis Rally Greece, which returned to the World Rally Championship calendar last year after an eight-year break, is known as one of the most challenging rallies in the WRC series. The gravel roads of the rally are potholed and rocky and even though it has rained during this year's reconnaissance period, the heat predicted for the rally weekend will also demand an ultimate performance from the cars and the drivers.
Competing in WRC2 class with Toksport WRT's Škoda Fabia Rally2 Evo, Lindholm and Hämäläinen are ready to face the challenging conditions of the weekend. The duo drove the preparatory tests for the rally on Sunday.

- The tests went well and left us with a good feeling. We start the rally with pretty much the same settings as a year ago. The car felt good from the start. This year the roads on the route have a great profile. Of course there are sections in poor condition but for the most part the road is still drivable and not all rocky, Lindholm says.
The starting points for the WRC Greece are good: the duo is fourth in the World Championship points of the WRC2 class and second in the points of the WRC2 Junior class, having driven one round less than the others.
- We’re going after the best possible result and points this weekend. In the WRC2 class we fight for medals and in the WRC2 Junior class for the championship. There are opportunities in both series but of course we monitor the situation in the Junior series the most.

- I can admit that I like these roads and this rally. The Acropolis rally is a completely different challenge than the rallies earlier in the season. Ahead of us is not a rally driven from start to finish with full throttle, but a great and also strategic rally. You have to know where to drive hard and, on the other hand, recognize the places where you should save on the car and tires, Lindholm said from Greece.
Lindholm and Hämäläinen start the route with starting number 25 and starting place 18.
The tenth World Rally Championship round of the season starts on Thursday evening with a super special stage (1.95 km) built at the Athens’ Olympic Stadium (OAKA), where up to 60,000 spectators are expected.