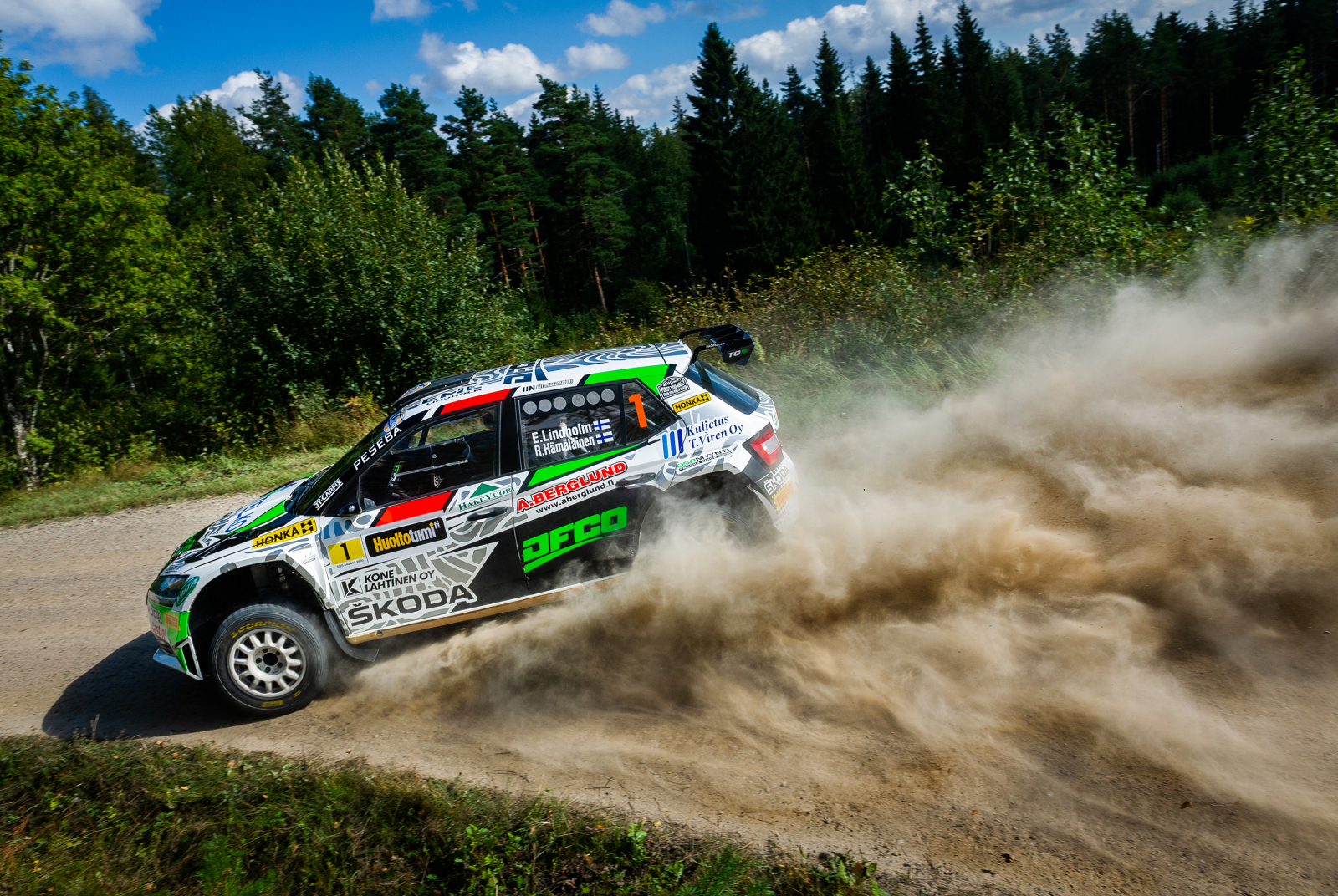 Team GRX’s Škoda driving duo, Emil Lindholm and Reeta Hämäläinen, had to retire the second to last Finnish Rally Championship round of the season due to a broken gearbox. The pair still continues in points lead of the SM1 class.

The second to last round of the Finnish Rally Championship series ended in retirement for Emil Lindholm and Reeta Hämäläinen. The gearbox of Lindholm's Škoda, who was driving second in the rally, broke during the second to last special stage.

- We drove the entire special stage (SS 6) in 2nd gear. The gear stick wouldn't move and the transmission was stuck. After the special stage we tried to get the 3rd gear on and continue the rally, but the gear shift was stuck. We did everything but the rally had to be cut short this time.

The first five special stages of the competition were challenging for Lindholm, who was the first to enter the route.

- It was surprisingly slippery and not easy to drive. We caught the opening car that had technical problems on the second special stage and drove the last five kilometers behind it. I don't really know if we got the right time from that special stage. Well, now it doesn't matter anymore.
After the retirement the spirit of the game in the last round of the series is that which ever finishes first, Lindholm or Škoda’s Mikko Heikkilä who won in Mikkeli, is the Finnish champion of the SM1 class.
- If we had driven through this rally, sixth place would have been enough for us to win the championship. We will fight in Kouvola, Lindholm promises.