
Emil Lindholm: ”We don’t have to win by any means" 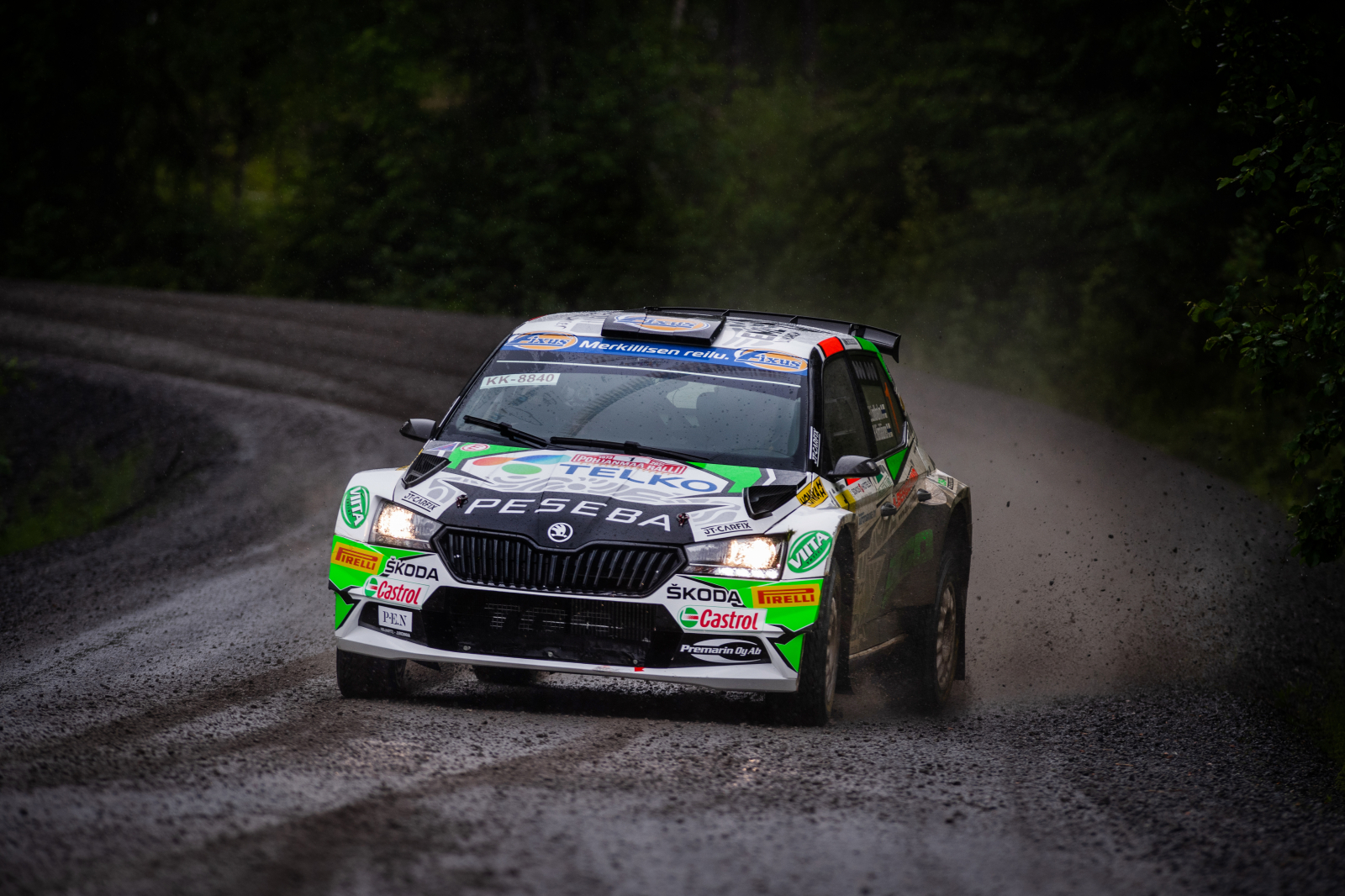 Team GRX’s Škoda driving duo, Emil Lindholm and Reeta Hämäläinen, will start the season's second to last Finnish Championship rally in Mikkeli from the top spot of the SM1 class. Lindholm, who won three of the season's five FRCrallies, leads the series with 24 points.

The second to last rally of the Finnish Rally Championship series will be driven on Saturday of the coming weekend in Mikkeli. Emil Lindholm, who will start the rally in the points lead in the SM1 class, states that everything is ready for the future. Lindholm drove the preliminary tests for the upcoming rally in Mikkeli on Tuesday.

- The basic settings of our car have been practically the same for two or three seasons and we are not going to change them this time either: the car feels good. The route is driven partly on new roads and that is only a good thing. The rally is going to be resolved purely from pace notes and not from memory.

Lindholm and Hämäläinen will start the route first, so the role of the road cleaning car is upon them this Saturday.

- After a hot and dry summer the road surfaces are hard and there is slippery, loose sand and gravel on top. But whatcan you do about it? For the first cars it might be difficult, because we clean the road the most of all. There's nothing we can do about it, so we'll play with the cards dealt to us, Lindholm says.

After Mikkeli, the points of the weakest rally from the first six Finnish Championship rallies of the season will be droppedoff. The points of the five best rallies and the points of the last round of the series are taken into account for the final series points. In the case of Lindholm, it means that in order to increase his points, he must drive in Mikkeli to 11th place or better in his class.

- The situation in the points is good but of course we’re going to improve our weakest result from winter, which was 12th in Riihimäki. That is our goal in Mikkeli. We also don't have to win by any means, but we're aiming for a good placement, Lindholm reminds.
The second to last round of the Rally Championship season starts on Saturday, August 27th at 10:00 a.m. from the port of Mikkeli. A total of seven special stages are driven in the rally, with the total length of 106.27 km. During Saturday, the competitors visit the Mikkeli racetrack twice for service (at 12:30 and at 15:21).

The last two special stages of the rally are driven in lake Saimaa's beautiful Pistohiekka landscape. The first competitors are expected back at the finish line of the rally at the port of Mikkeli on Saturday evening starting from 19:36.