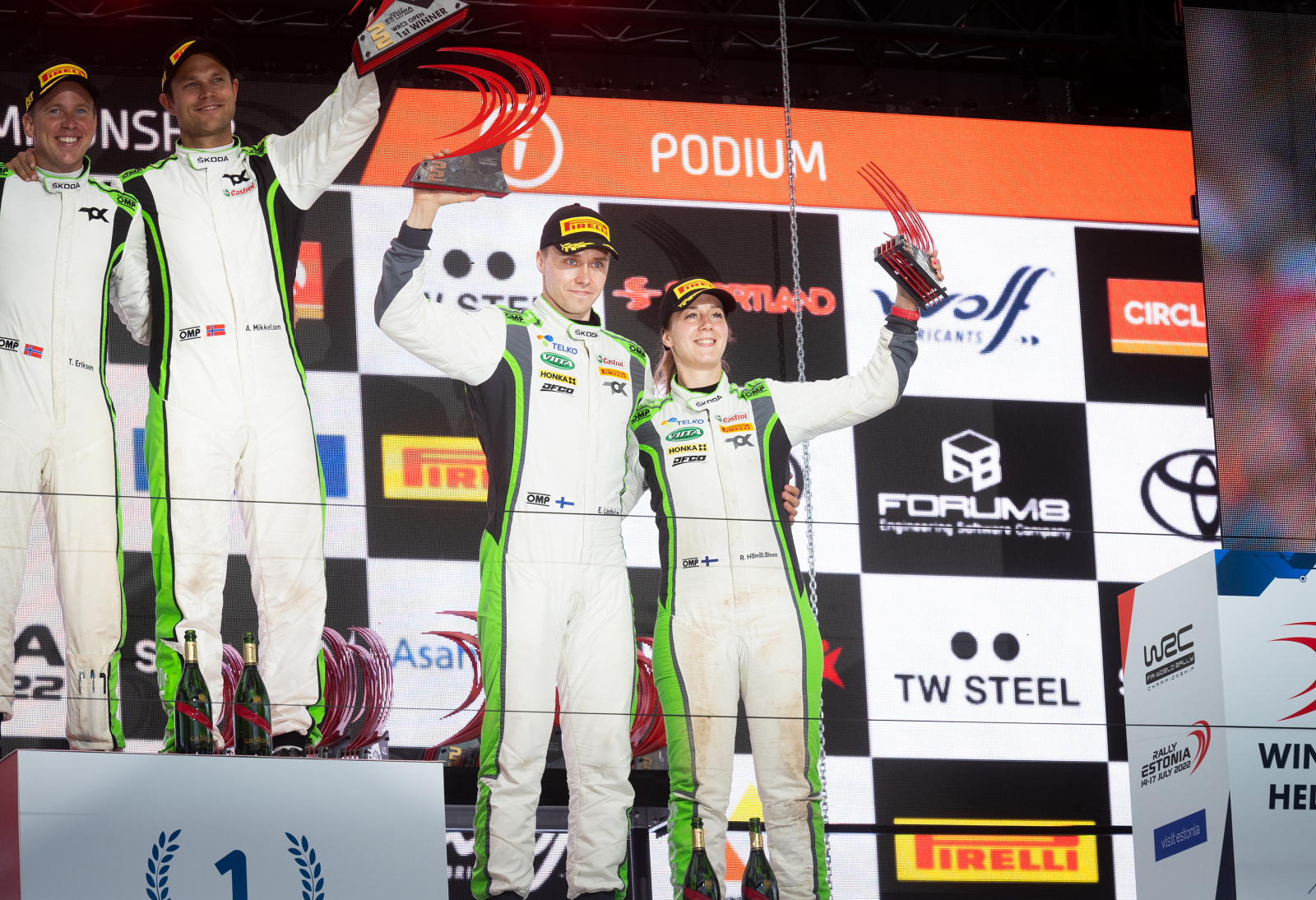 Team GRX's Emil Lindholm and Reeta Hämäläinen took the podium in the WRC2 class at the World Rally Championship Estonia. The duo finished third in the WRC2 Open class and won the WRC2 Junior class. In the rally's overall competition the Finnish duo finished tenth in the World Championship points.
The final day of the World Rally Championship Estonia was filled with heavy rain, which made the last six special stages of the rally challenging to drive. On the second day of the rally, Lindholm, who was in the top position in the WRC2 class, hit the penultimate blast and suffered a flat tire and as a result dropped to fourth place. On the last day of the rally Lindholm rose back to the podium with his third place after Marco Bulacia rolled into retirement.

After the WRC Estonia, Lindholm, competing with Toksport WRT 2's Škoda Fabia Rally2 Evo, is seventh in the World Championship points in the WRC2 class. Thanks to his victory Lindholm rose from sixth place to second place in the WRC2 Junior points.
- We got to the podium but not in the way I would have hoped to get there. Others made mistakes too and that’s the spirit of the game. The win in the Junior class and the full points from Power Stage were important to us considering the rest of the season.
- The last stage of the rally was quite wild and demanding in the heavy rain. The speed of the windshield wipers was not enough to keep the glass clean. It was raining really hard. The ruts on the road were full of water so even on the straights there was a lot of work to keep the car on the road. Thanks to my team for a well prepared car for the competition. We didn't have a single problem during the demanding rally, Lindholm reminded.

The ruts of the WRC Estonia’s roads were known but it still took time to adapt to it.
- There just isn't enough experience yet on how the car behaves in every rut. When coming into a turn I practically had to guess what would be the best way to drive hard into the groove so that the car, rims and tires remain intact. Sometimes it felt like the ruts were driving the car and not me.
- On a reasonably good conditioned road I was able to drive fast enough and get top times in the class even on Sunday, but I need more experience to drive in the ruts, Lindholm sums up.