
Lindholm: “We are driving for a good placement, but not at any cost” 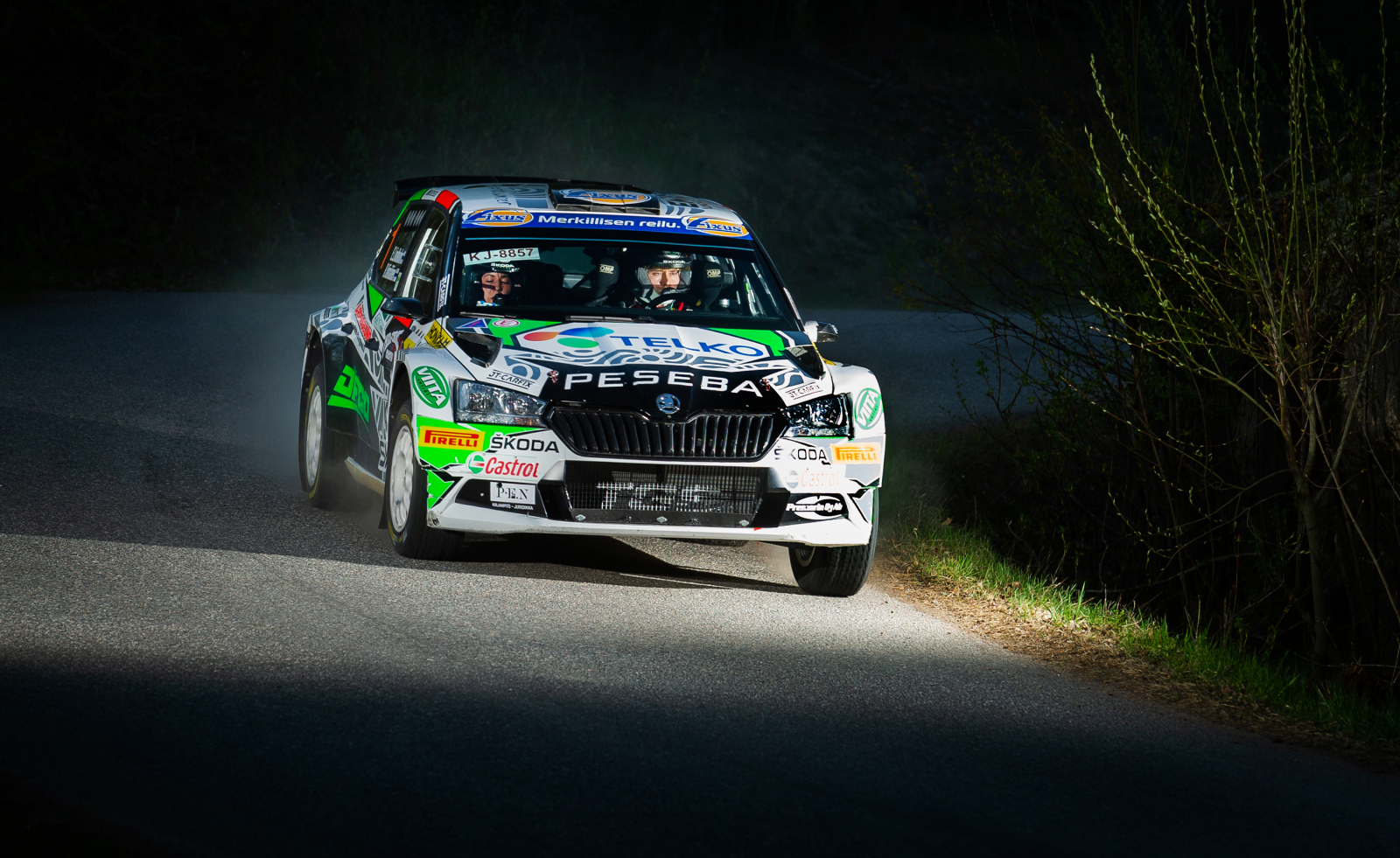 Team GRX’s duo Emil Lindholm and Reeta Hämäläinen will defend the last years victory of the SM Pohjanmaa rally next weekend. The duo will start their Škoda Fabia Rally2 Evo for a two-day Finnish Championship event with a starting number 1.
Emil Lindholm and Reeta Hämäläinen, who are competing with TGS Worldwide's Škoda, will open the route also in the second Finnish Championship round in Seinäjoki. Lindholm is heading to Pohjanmaa Rally's eight special stages straight from Prague, Czech Republic, where he was presenting Škoda's new Fabia RS Rally2 rally car to the international press. Lindholm drove the preliminary test for the rally last Saturday in Raasepori.

- We a had a month long break but fortunately I didn't have to spend the whole month without driving. In addition to my own test for the Finnish Rally Championship, I ran a development test with a new Škoda, says Lindholm who just got back from Prague.
- On Saturday we did tests to find that our car is in good condition as it has worked well before. The car and driving felt good, so we are going to Seinäjoki with confidence.
Pohjanmaa Rally will start on Friday night with two special stages around Lake Jalasjärvi, in which Lindholm actually resolved his last year's victory. This year, both special stages will be driven in the opposite direction from last year.
- Good special stages coming up anyway. I liked the roads, they were somewhat more technical and slower than the other special stages driven in the Seinäjoki area. After last year's result (victory), I am waiting for the start of the rally. Preliminary information shows that there is not a single special stage that is driven twice, and that alone is a good thing. We drive more purely from the pace notes than from external memory, and that suits us well, Lindholm tells.

In the Finnish Rally Championship SM1 class standings Lindholm is number one with 10 points difference to the next driver. Being first car on the route isn’t ideal but Lindholm does not take unnecessary pressure: Starting number 1 is a gained advantage.
- We’re driving the series to become champions, so there is no need for a forced win. We’re driving for a good placement, but not at any cost. You have to get to the finish line. Depending on how the rally goes with ourcompetitors, it is not necessary to win the future round but we will aim as high as possible, Lindholm recalls.

All the functions of the SM Pohjanmaa Rally, except for the start and finish, are centralized to Rengastien Autotarvike in Seinäjoki. The rally will start on Friday from Seinäjoki Central Market at 19:01. During the opening evening, two special stages will be driven. The first will be the longest special stage in the rally (23.60 km). On Friday, a total of 42.78 special stage kilometers will be driven, after which the first competitor will be expected for an evening service and a night break in Seinäjoki at approximately 21:45.
The rally will continue on Saturday at 10:01 with six special stages with a total length of 86.00 km. During the day, around 13:00, the competitors will go to Seinäjoki for a service and a break. The first competitors are expected in the finish of the rally at Seinäjoki Central Market from about 19:00.