
Lindholm had a fierce climb to the WRC2 podium 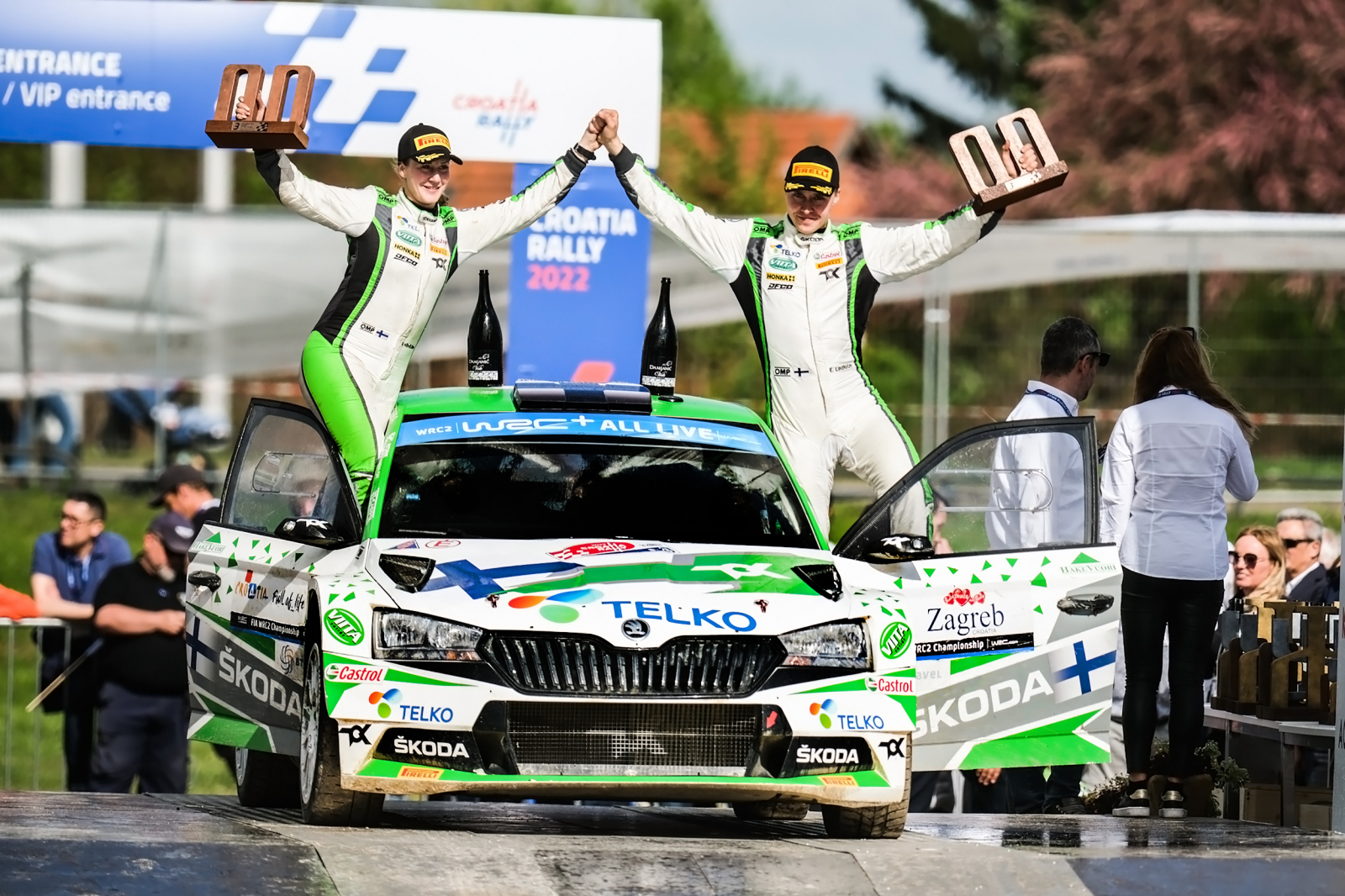 Team GRX’s Emil Lindholm and Reeta Hämäläinen drove a sensationally great closing day in Croatia. The Finnish duo clocked the second fastest time in the second to last special stage and the fifth fastest in the last stage. The furious risetook the duo to finish third in the WRC2 class.
The pace of the Team GRX’s Emil Lindholm and Reeta Hämäläinen accelerated nicely towards the end of the World Rally Championship in Croatia. The duo pushed Toksport WRT's Skoda Fabia Rally2 Evo to a wild flight after a bad start. For Sunday's last three stages Lindholm clocked the fastest times in the WRC2 class making the Finnish duo rise from fourth place to third in the class.
With Lindholm's special stage times, they finished in places 10-2-5 in the overall competition. Lindholm was also the fastest driver of the WRC2 class to finish the rally in the Power Stage special stage, earning him three extra points. In addition, Lindholm was also number one in the WRC2 Junior class and led Toksport WRT in Croatia to a triple victory in the WRC2 team championship series.

- Now I can be quite happy with my own doing. We tried really hard. But especially the last special stage of the rally isthe road where, if successful, you can drive big differences to other drivers. For the second to last special stage of the rally we had two wet weather tires on our car; one in the front and one in the back. They really helped on wet surfaces, the car wasn’t hydroplaning as bad.

The ninth overall place in the World Rally Championship Croatia is the best World Championship result in Lindholm's driving career. The third place in the WRC2 class felt good after an unfortunate start. On the opening day of the rally on Friday Lindholm's helmet intercom mute and the sharp edge of the asphalt broke the tire twice. On the second day of the rally the duo suffered problems with their brakes.

- What if’s are useless. This time it went down like this. Avoiding tire breaks here is a game of luck. The turns have to be cut from where others drivers cut them and when they are covered in mud it is difficult to see what is under there at times. With bad luck the edge of the tire ruptures from the edge of the asphalt, but that’s the spirit of the game.

- The start was difficult and the rally was difficult due to the circumstances. We got everything to work little by little, especially my own driving. It took time to get used to driving on slippery and muddy asphalt. It takes a good eye to be able to read the road, judge how slippery it is and that what driving lane you can take on turns.
- I learned a lot during the competition and was able to increase my pace. And I’m really happy with that, Lindholm summed up when he got to the finish line.