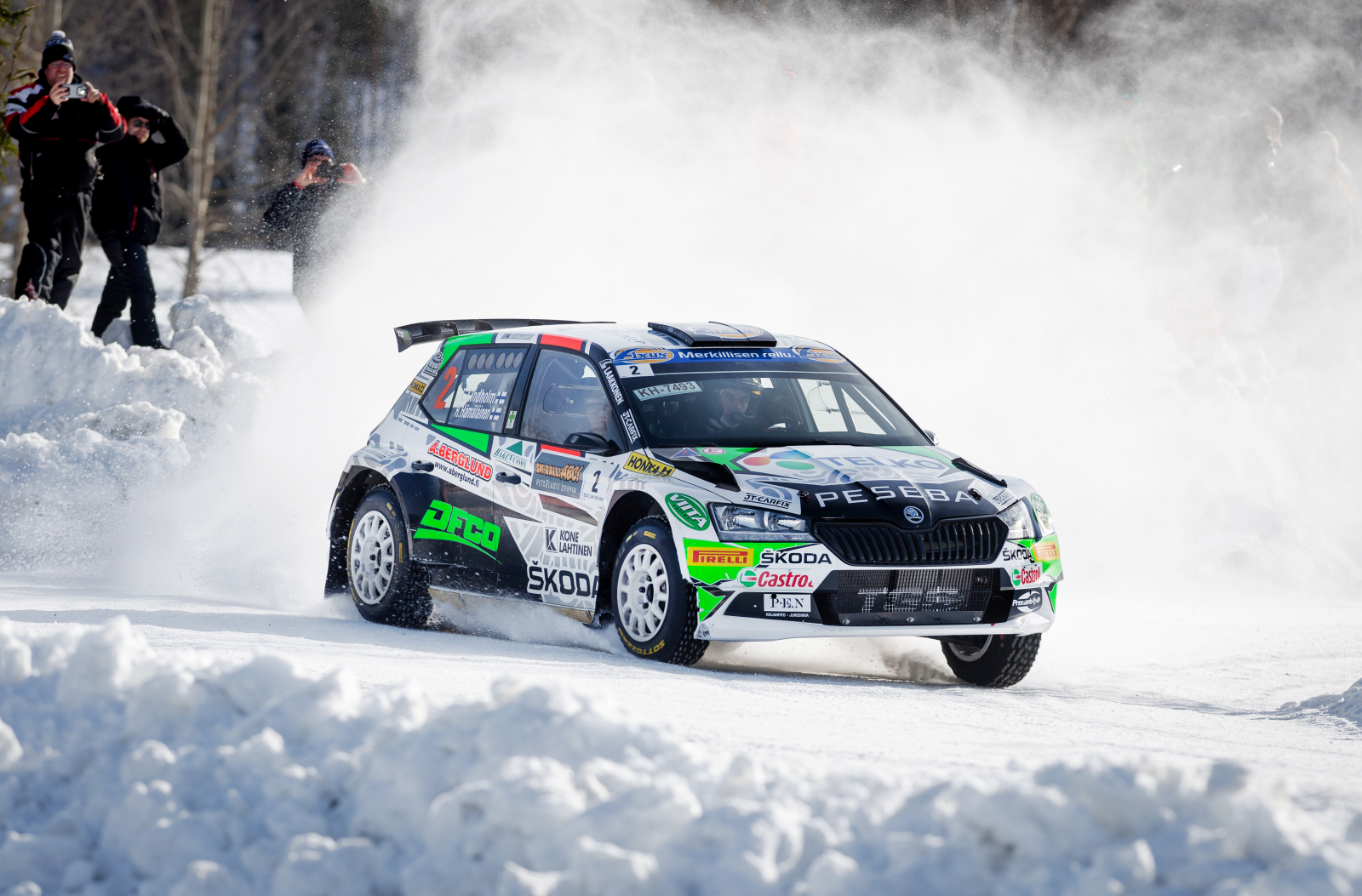 Team GRX’s Emil Lindholm and Reeta Hämäläinen drove their second number one place of the winter season in the Finnish Rally Championship ABC Pitkälahti Kuopio. Thanks to their victory the duo rose to the top of the SM1 class overall standings.

Emil Lindholm and Reeta Hämäläinen, who are competing with TGS Worldwide's Škoda, took their second win of the season in Kuopio, which was the last round of the winter season. Lindholm, who was driving in the top three throughoutthe two-day rally, clocked fastest times for the last two special stages resulting the number one podium spot and the second victory of the season.

”It is nice to end the winter season with a victory and to hold the number one spot of the Finnish Championshipstandings even thought the current world situation isn’t anything to celebrate for”, Lindholm reminds.

”For us, the rally went according to plan and on an upward direction. At worst, we were four-seconds behind the top cars. Before the rally I decided that we are not forced to win here so I didn’t take any unnecessary risks and tried to drive without mistakes and steadily fast. That’s where we succeeded”, Lindholm says.

”It was nice to drive and battle for the fastest seconds. With the last two special stages I was able to step up our pace and that was enough to win”, Lindholm said after reaching the finish line.

”For me personally it was a big surprise how fierce the grip was on Saturday’s special stages. I’ve never driven with a 9 mm studs and those tires bit a frozen road like an asphalt tires into asphalt. I didn’t think the same grip would keep the whole rally. At first I didn’t dare to take the full potential of the tires to our use. A millimeter is a short length in everything except in studs and grip”, Lindholm smiled.

Next Lindholm starts focusing on the summer season of the Finnish Championship Rally. Before that Lindholm will take part in the World Rally Championship Croatia with Toksport WRT’s Škoda in April.

”This is a good place to start going towards the summer and new rallies. We got zero points in Riihimäki and here Mikko (Heikkilä) experienced the same fate. Nothing has been resolved yet. We’re going forward on one rally at a time”, Lindholm says.

The Finnish Rally Championship series will take a spring break. Next time the Finnish Championship points are up for grabs on 13–14th of May in SM Mad Croc Länsirannikko Rally in Turku.