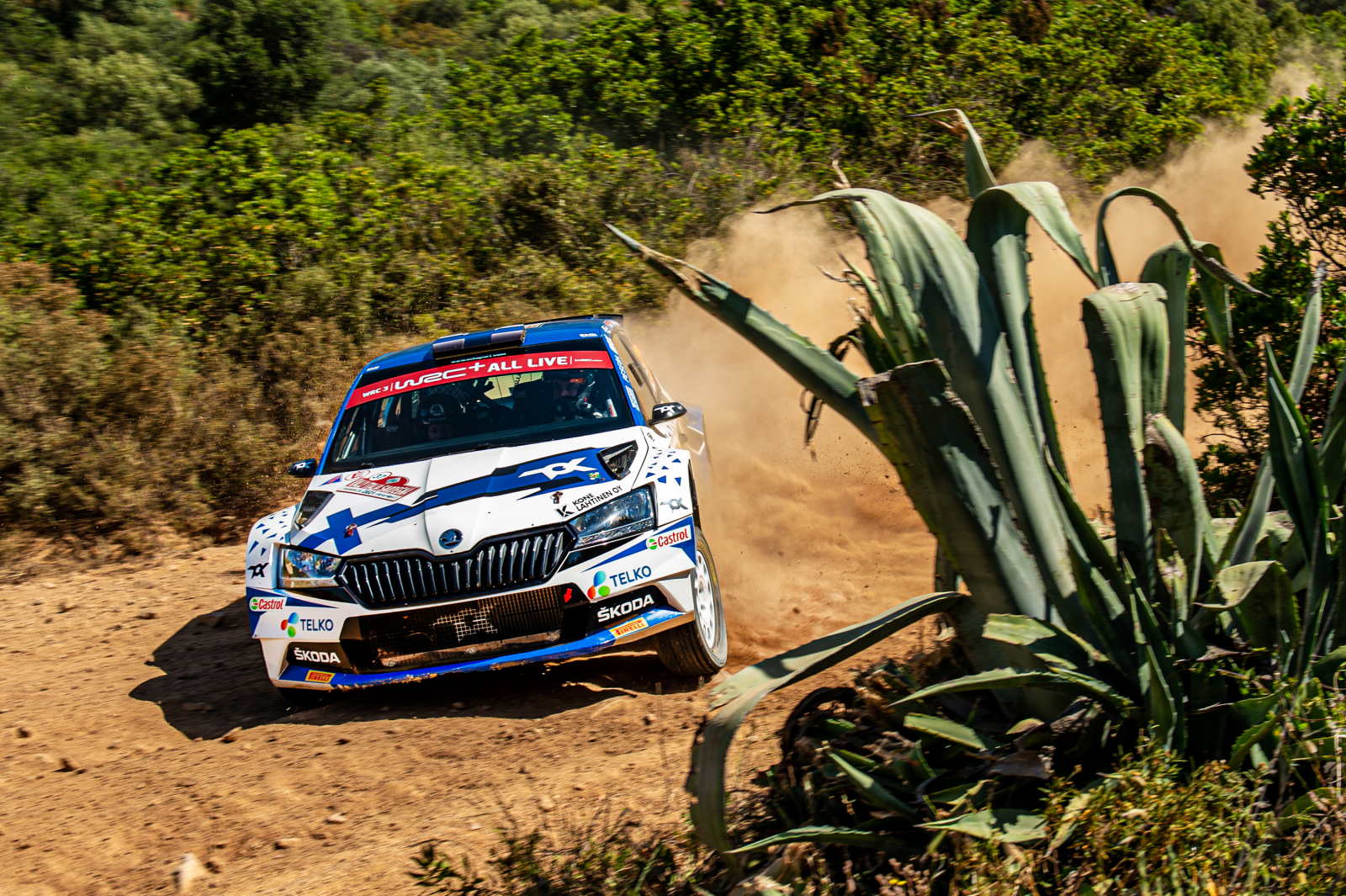 Team GRX’s Emil Lindholm’s and Reeta Hämäläinen's WRC Rally Italia Sardegna ended early with a radiator hose rupture and engine failure. The duo had to retire before the last two special stages of the first day. The pair was on fifth place in the WRC3-class.
Emil Lindholm and Reeta Hämäläinen, who are driving Toksport WRT's Škoda Fabia R5, were forced to retire the WRC Rally Italia Sardegna after the sixth special stage of the day due to a broken radiator hose. The heat of Lindholm's Škoda’s engine started rising at the sixth special stage and the duo stopped to see what was causing it to rise.
”There was a rupture in the radiator hose. After about less than ten kilometres of driving I saw the engine heat rising. We tried to fix the hose with a tape in the middle of the special stage but the cooling water was so hot that it melted the glue from the tape and it didn't hold. We tried to fill the cooler with water but ended up driving slowly away from the special stage and retire”, Lindholm says.
”The service revealed that the radiator of our car had been hit by a contact with the ground and had moved into the engine block as a result. Due to the hit the hose ruptured. For our part the rally was done. The engine was overheated and damaged so much that there was no point in continuing”, Lindholm tells.
After five special stages Lindholm was fifth in the WRC3-class.
”The rally started as planned. We successfully avoided tyre breakages, the rims and the car were straight and there were no worries. Our team was pleased with our speed. If you have to have difficulties then it shows this way. Very unfortunate”, Lindholm said disappointedly.
Lindholm will drive his next World Rally Championship event in Estonia 15-17th of July.